Since it has appeared in continuous advancement, Ubuntu Linux operating system is today probably the most popular distribution of this family. Very quickly he found his place on the world stage of operating systems and a large number of users. The Ubuntu community has never been around the world, so in our country. These communities allow all users to easily solve problems they encounter in using this system. Why use it?
There are a number of reasons for that. The first thing is that both the desktop and server edition is free. You can download them from several hundred locations and you can find information about this at the home address of Ubuntu as well as at the address of the Serbian community. By using this operating system, you can save yourself several hundred euros per computer, and if you use the server operating system, the savings are even greater. The reason is that all of the tools you need to work are also free, and you can find a wide range of them – from classic office word processing tools, tables, presentations through tools for viewing, editing images, sounds and videos to top quality development tools. Price is not the only one of its advantage. Like every line distribution, it carries with it stability, reliability and safety in operation – there is no “cracking” of the system, lost data, and similar things. Another very important thing is that for him there are almost no viruses that make you great problems with all antivirus programs. It is also safer in terms of system security and protection against unauthorized incursions.
There is simply no good reason not to use it. Behind this system is a company that together with members of the organization ensures that a new version of the operating system appears on every 6 months. By using this system you will not have problems with various inspections that for very unauthorized use of licenses execute very high penalties. We can offer you a maintenance service for your computers, which will cost you far less than paying all the licenses you need for everyday work: operating system, office package, antivirus programs and so on. The current situation in the relations between Linux and Microsoft Windows is totally different, as is the comment from the Executive Director of the Linux Foundation.
It’s been over twenty years since Linus Torvalds made the Linux kernel, and the current director of the Linux Foundation said the battle against Microsoft’s biggest rival, was over. Jim Cemlin, executive director of the Linux Foundation, said the Linux came out as a winner of this fight. According to him, Microsoft is no longer an important player in this field. “I think we just do not think about Microsoft anymore,” they said. “They were our biggest opponents, now it would be like kicking a puppy,” Cemlin said. In an interview with NetworkWorld, he said that Linux is nowadays everywhere, in devices such as televisions or cameras, electronic readers, smartphones and tablets, and that 90 percent of supercomputers are just on Linux.

“Linux has become dominant in almost every category of computing, with the exception of the desktop,” he said, but also stressed that it is good news that a traditional computer will become less important, and that other areas, where Linux is dominant, will be strengthened. “People today use smartphones for many things that they used to use their PC before. In this case, Linux really has a dominant position on the market through systems like Android and other versions of the Linux that exist in the mobile world.” Cemlin also referred to Apple, calling his company the best friend and worst enemy for those in the open community. “Apple has helped open sours and Linux in many ways,” Cemlin said, “but it’s undeniable that they have a very closed system.” (material taken from B92 site).

Subtitling Program – first use in JDP

Our subtitling software has experienced one domestic and one premier abroad – specifically in China. The Yugoslav Drama Theater was the first to use our program in the play “Skakavci” 10/09/2015. It was then also Read more… 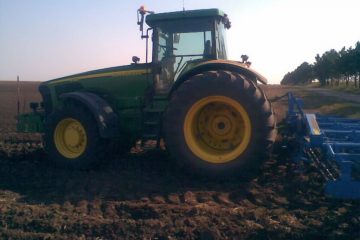 Metal Hemiko doo and Jožef Halas, two connected companies that manage thousands of hectares of arable land, have a colorful fleet. In addition to passenger and freight vehicles, trucks, they also have working machines such Read more…

Huge fleet, and accordingly, a great need for monitoring and control over it. The largest Serbian Express Courier entrusted us with the task of providing the service of tracking the vehicle over the most critical Read more…